If you’ve seen the Three Musketeers and The Man in the Iron Mask then I’m sure you know of King Louis XVI who was the last of the French Kings before the Revolution. King Louis XVI and his infamous wife, Marie Antoinette resided in full splendour at the Palace of Versailles while the people starved. No wonder they lost their heads. Literally.

So Versailles is incomparable. It’s massive. It became THE royal residence. Suddenly all the palaces in Europe wanted to be Versailles when they grew up. Of course, we went. So we took Metro Line 5 from Republique to  Gare d’Austerlitz and transferred to the RER C to Versailles – Rive Gauche (Chateau Entrance). 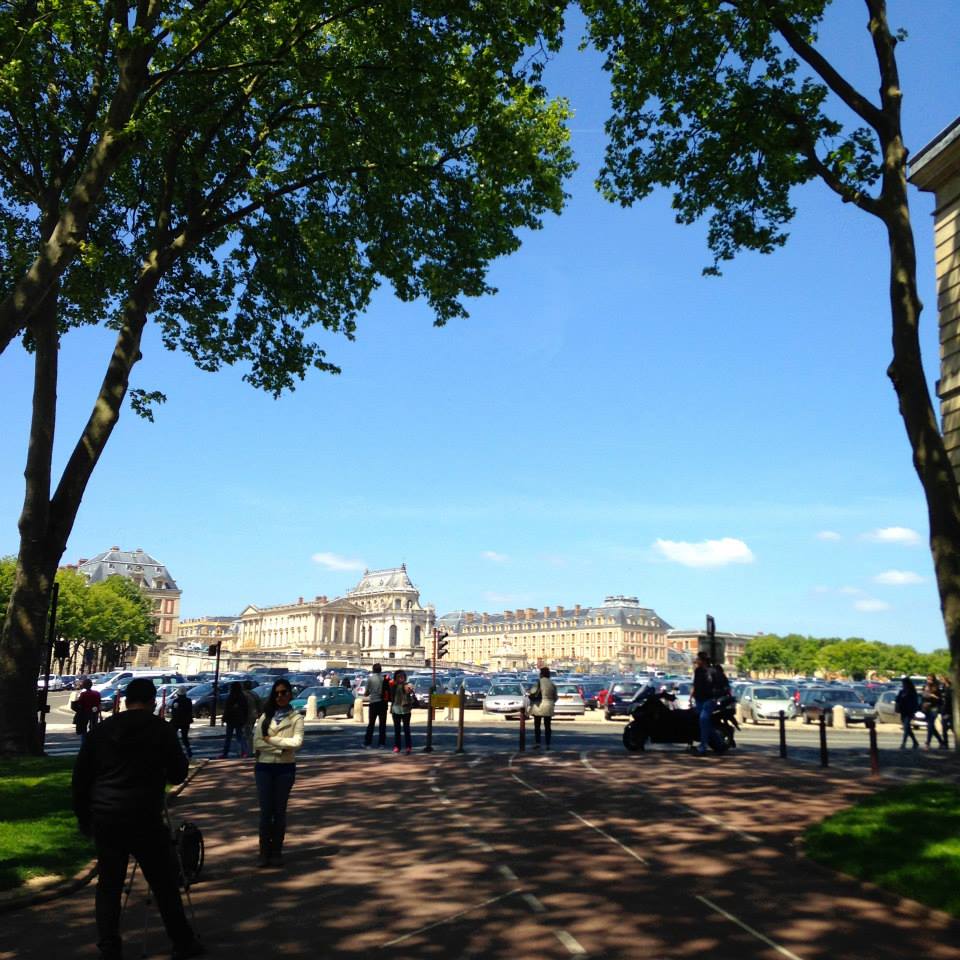 From the train station, we took a short walk towards the main gate of Versailles where the line was waiting for us. The line of tourists waiting to get in. The line that was as magnificent as the palace itself. The line that could have rivalled the Exodus. We waited almost 1 hour in that line. My friends and I took a selfie and got photobombed by an American tourist behind us. I also took the time to appreciate the very tight bum in front of me belonging to a strapping young man. 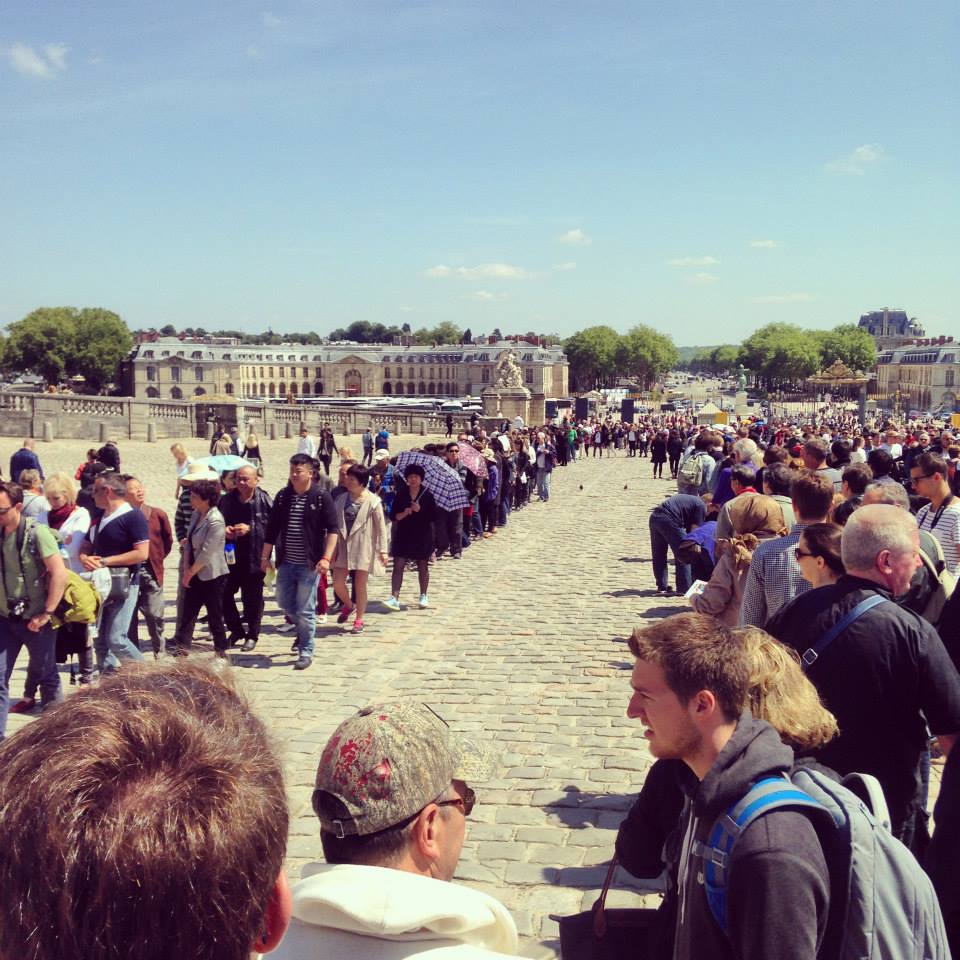 How fitting that my experience of touring the symbol of the downfall of the French Monarchy was in a mob. Thankfully this mob was not bloodthirsty for any aristocratic deaths. The fire in their eyes was geared towards being the first to take photos of each room in the palace. Not that I had anything to worry about unless you could count being royally annoyed as an aristocratic tendency. So thus commenced my afternoon of being herded like cattle amidst the ostentatious riches that is Versailles. 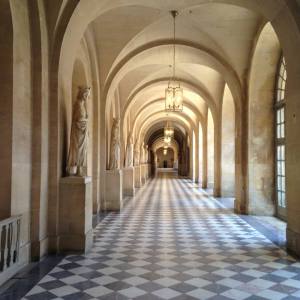 Notable sights in the palace, aside from everything being gold and brocade, were the Hall of Mirrors and the Queen’s Bedchamber. At the Sto. Niño Shrine in Tacloban, Leyte the Philippines’ own Marie Antoinette, former First Lady Imelda Marcos had her room fashioned in the exact same design as the Queen’s Chambers complete with the magic mirrors that give an illusion of an endless reflection. 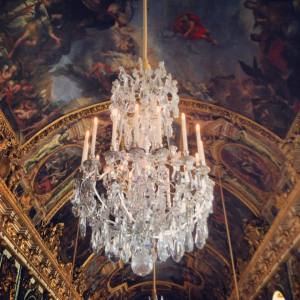 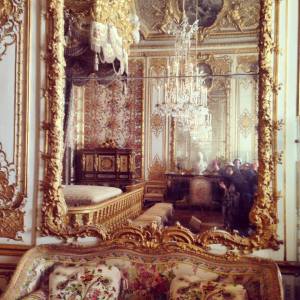 Versailles boasts of its massive gardens. Of course, following my luck, the gardens were under restoration and somewhere along the palace grounds, some construction worker probably damaged a sewage pipe because the smell was just ghastly. We didn’t linger and we didn’t even attempt to  visit the Queen’s Hamlet and the Grand Trianon. There were just so many people. 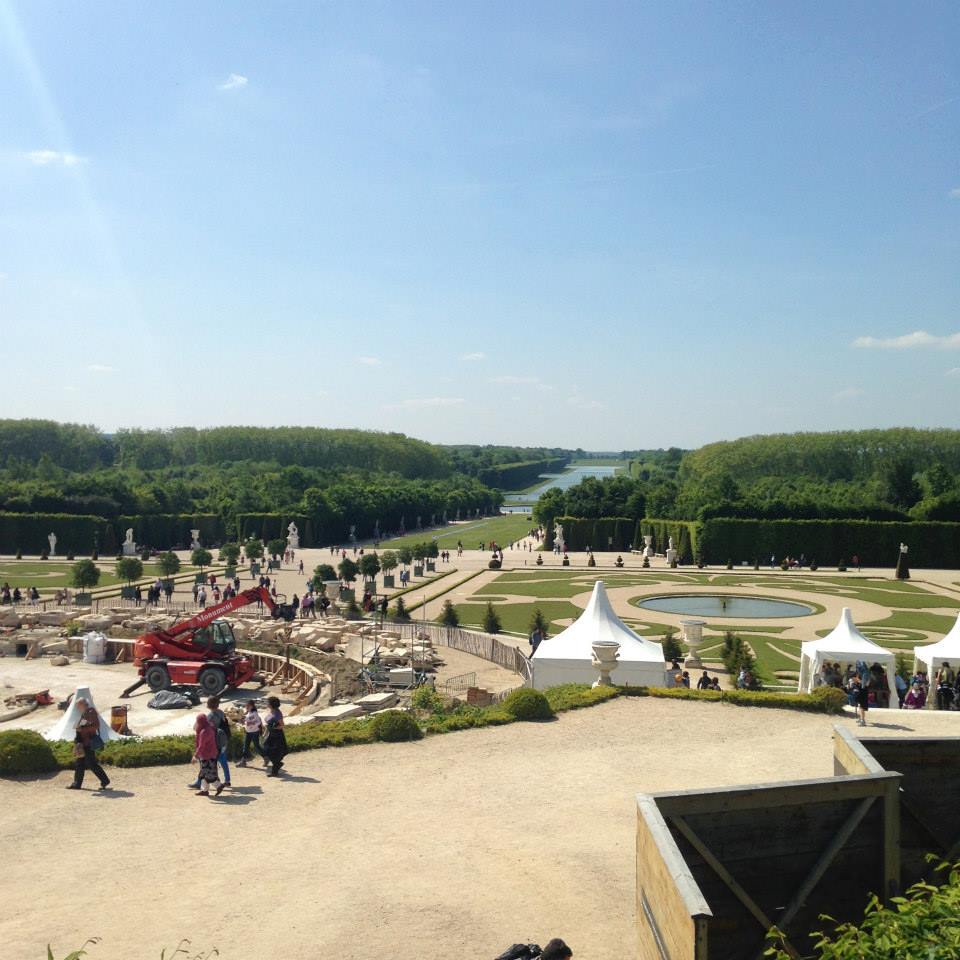 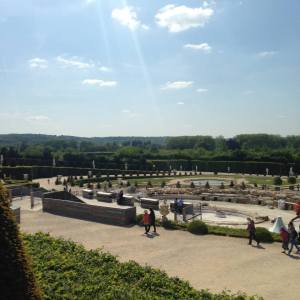 All in all, Versailles was a sight to see. A little too grand for me but still a must when heading to Paris. My advice, go in the winter when the hoards of tourists are gone.