If you have to go someplace you’ve never been before, you don’t need to look far or even leave the country. Take a step back in time and visit the beautiful province of Ilocos at the northernmost tip of Luzon.

You know how almost all the provinces in the Philippines look alike? That doesn’t hold true for Ilocos. Sure, you’ve got the amazing churches and ruins but then there’s this vast dessert that could’ve belonged in the Middle East, cobblestone streets that makes you feel like you were in some small European town, humongous rock formations that look like the craggy cliffs of some Scandinavian shoreline and not to mention the massive wind turbines that can’t be found anywhere else in the Philippines. If that alone doesn’t make you wanna go then I don’t know what will.

How to get to Ilocos?

The gateway to Ilocos is Laoag, Cebu Pacific and Philippine Airlines have regular flights to Laoag from NAIA Terminal 3. So far, Cebu Pacific is the most affordable. Travel time is about 1 hour and 20 minutes. For the adventurous, you can go via land trip. The bus takes about 10-12 hours from Metro Manila.

From Laoag, Vigan is a two-hour drive down to the southern part of Ilocos.

There are a lot of accommodations all over Ilocos ranging from the affordable hostels to the luxury hotels. We were lucky to be able to book an affordable 4D 4N tour  for 4 pax with a local outfit called Tour Ylocos Travel & Tours. As part of our package, we stayed at Renzo Hotel in Laoag and Grandpa’s Inn in Vigan.

Grandpa’s Inn was the real thing. The centuries old structure used to be someone’s ancestral home. Everything was preserved from the stones to the wooden planks to the tiled roofs and windows made of capiz shells and stained glass. The stairs creaked when you walked, each room had an old bell that you rang. It was equal parts creepy haunted house and fascinating relic of a hotel. An experience that makes your stay in the heritage city of Vigan very authentic. 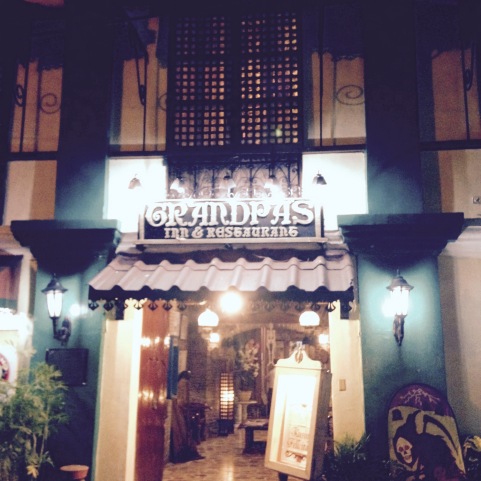 Sweltering hot under the sun. Windy by the coast. Cool at night. Dress comfy.

The tour package came with our very own van and an itinerary of all the must-see places all over Ilocos. Check out the list below for some of the sights that you must-not miss in Vigan. 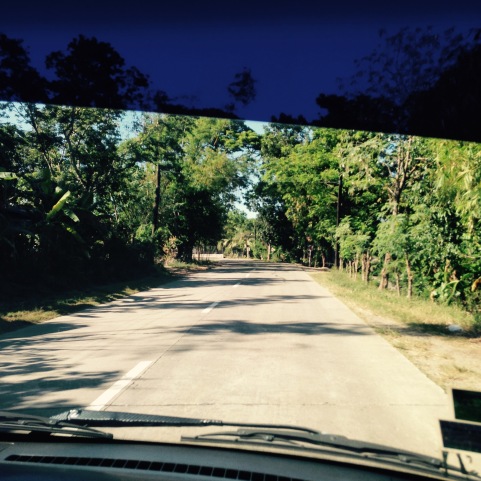 Some notable sights on the way to Vigan form Laoag include National Artist Juan Luna’s birthplace in Badoc. 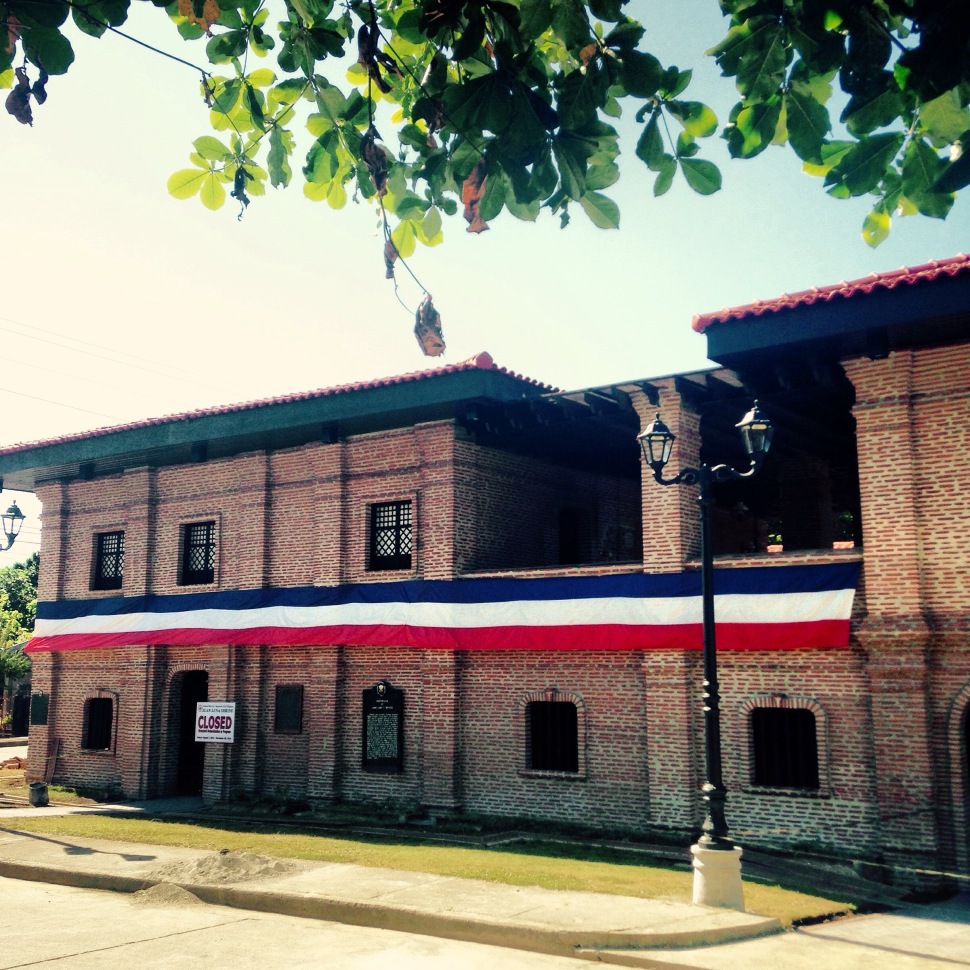 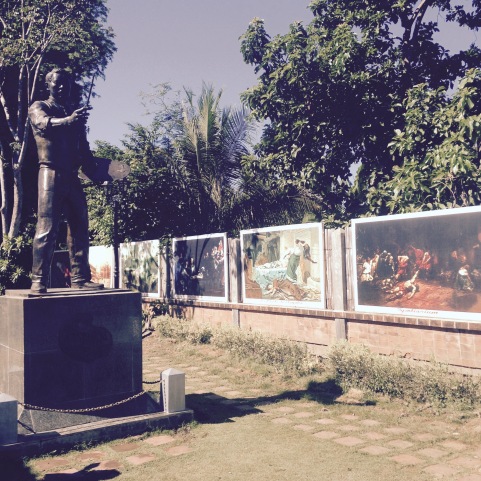 When passing through the town of Currimao, stop by the famous Ilocos Bibingka shop and discover how bibingka looks and tastes different all over the Philippines. 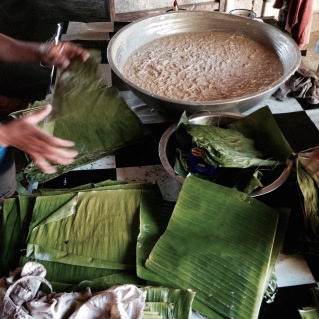 Right before you reach Vigan proper, visit the Bantay Watchtower and Belfry, a huge structure constructed in 1591. Climb to the very top and take in the beautiful 360º view of Ilocos Sur that goes as far as the mountains of Abra. 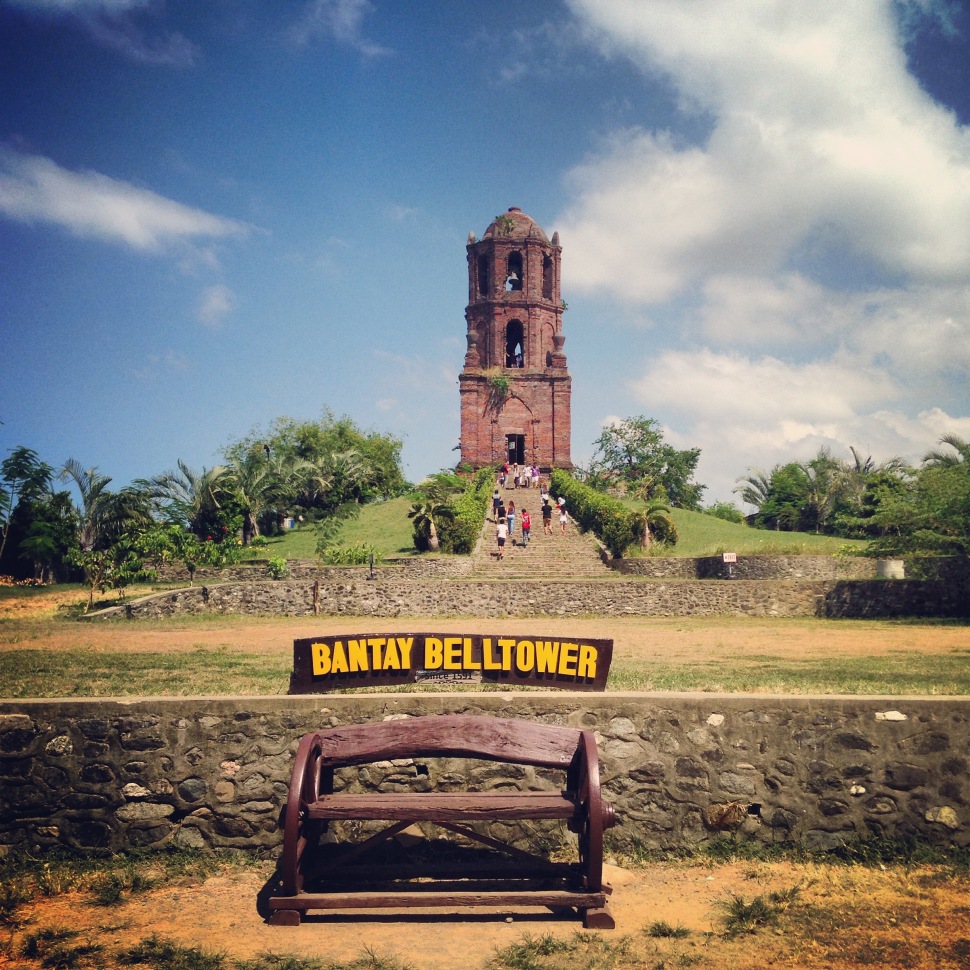 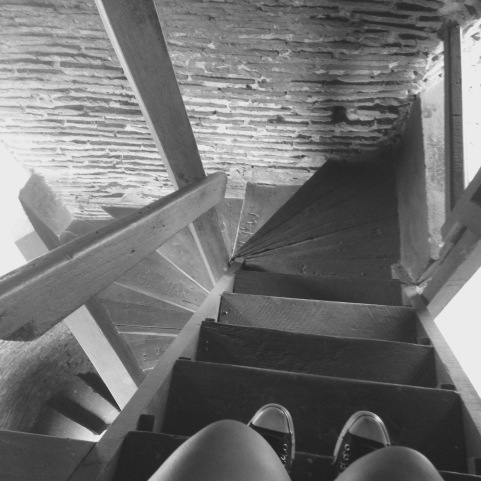 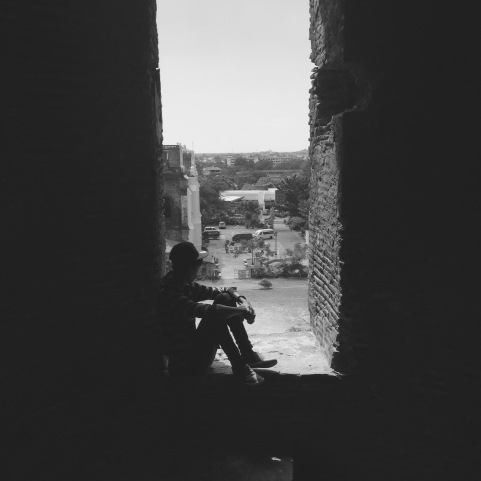 For those who have never heard of the place, Vigan is a UNESCO World Heritage Site that is one of the few old Spanish towns left where the colonial structures still remain intact. The streets are made of cobblestones and motorised vehicles are not allowed along Calle Crisologo. You can either tour on foot or ride a Calesa (horse-drawn carriage). 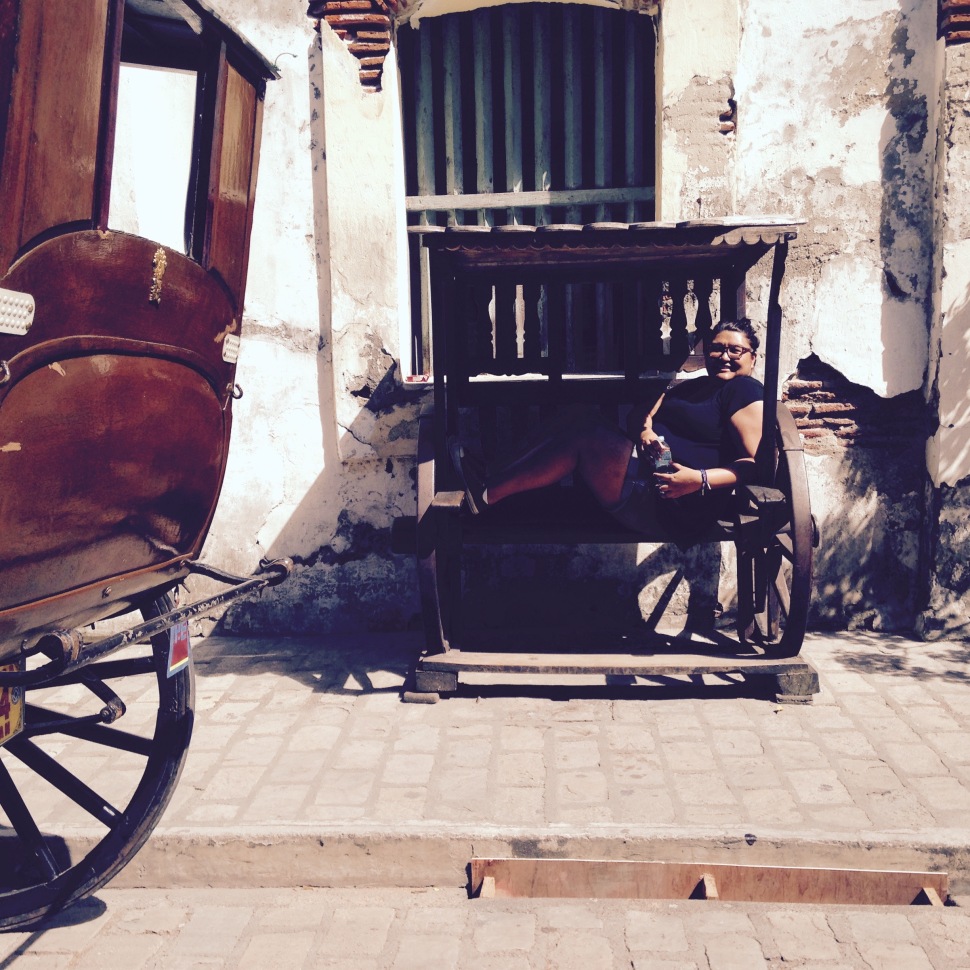 When the temperature outside is cooler, stroll along Calle Crisologo or take a P50 calesa ride around the picturesque colonial streets. Have some coffee or halo-halo or both.Take a photo by the I Heart Vigan sign outside the Islands Souvenirs shop. 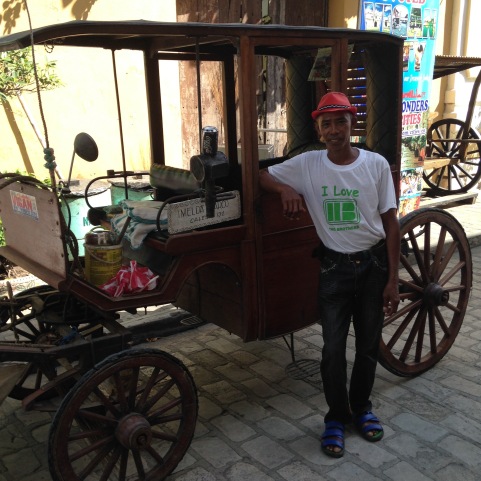 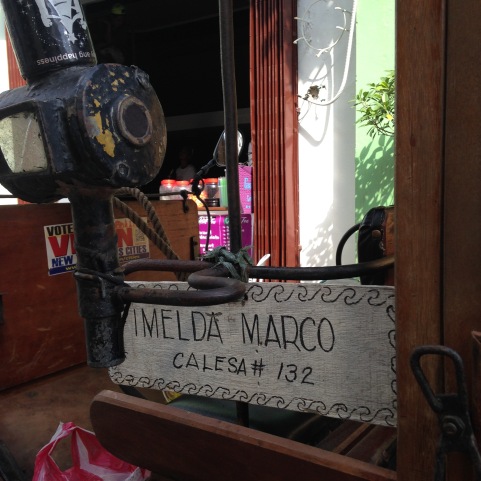 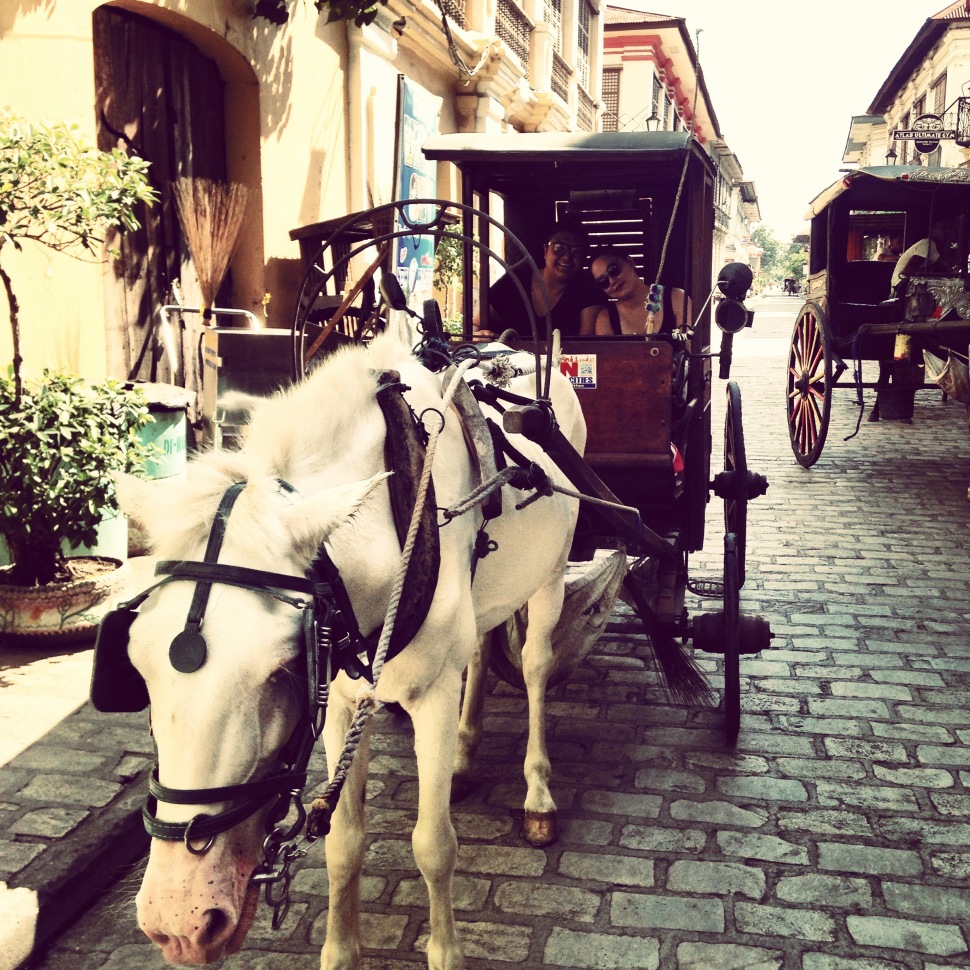 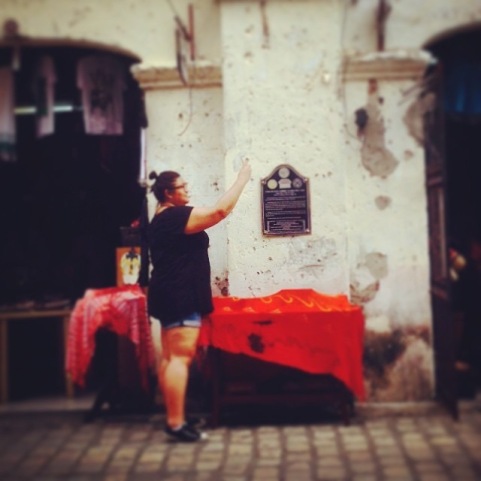 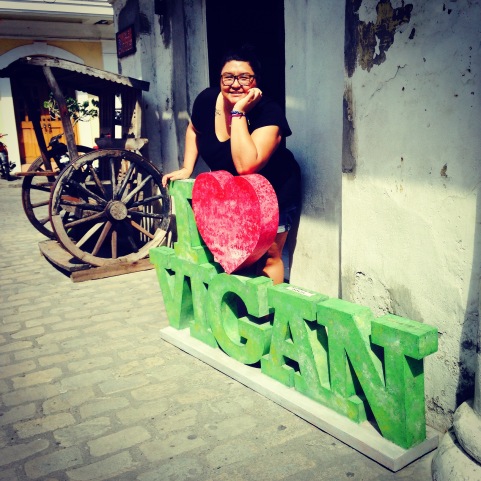 Drop by the Sequia mansion, the house of former president Elpidio Quirino. His grandson still lives there today. We heard him watching TV in one of the upstairs rooms in the private wing. Despite being hundreds of years old, the mansion is still well-preserved and shows how life was like for the rich and famous. Don’t forget to take a photo of the creepy servants’ passage behind the rooms. 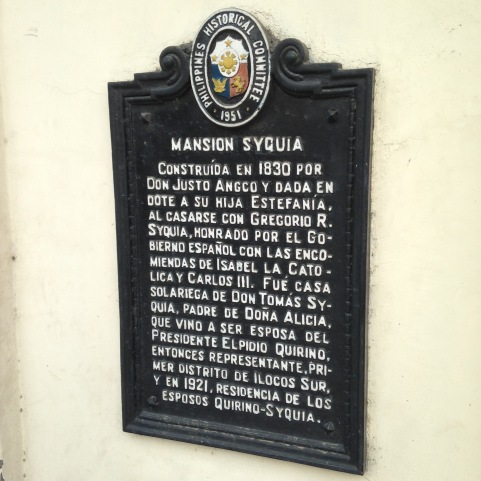 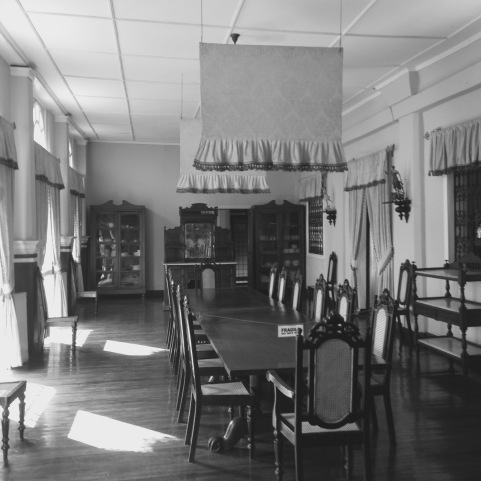 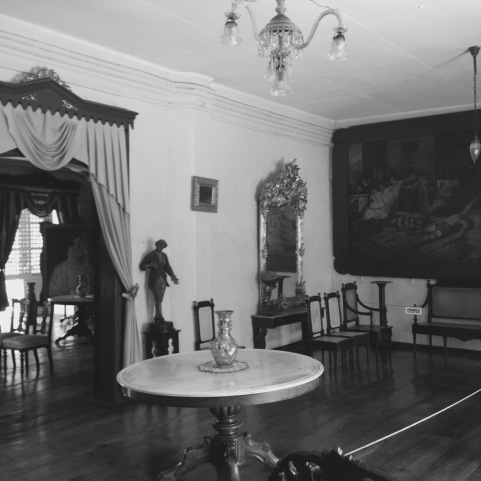 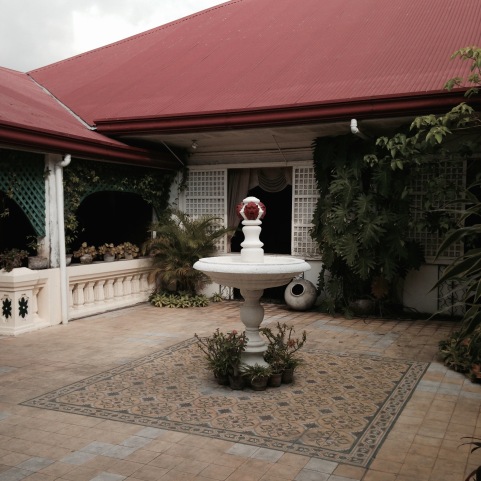 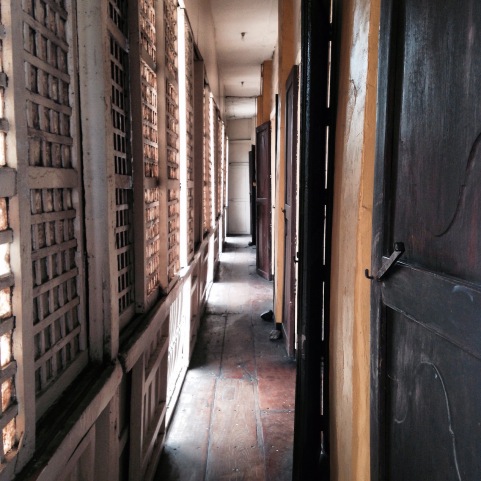 In the evening, make your way towards the Town Plaza to see the dancing lighted fountains. Unfortunately, the fountains were under repair at the time of our visit. So we headed back to Calle Crisologo instead and we were not disappointed with the view. The street looks even more beautiful in the evening.

Have dinner at the historic Cafe Leona, which used to be a house of a Filipina who fell in love with a high-ranking Japanese official during World War 2. Local tales tell of how this love spared Vigan from being bombed to hell. 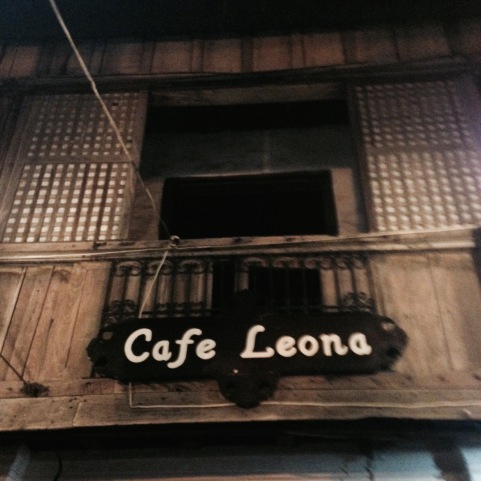 After a hearty breakfast of even more Vigan longganisa, head on over to Irene’s for the best Vigan Empanada and you’re for the road trip to the next stop.  You’ll have the energy to take on some additional activities, like drive a tricycle perhaps?

While the Empanada wasn’t a personal favourite, one thing I couldn’t stop eating while in Vigan was the crispy, porky goodness that is the bagnet. YUM! 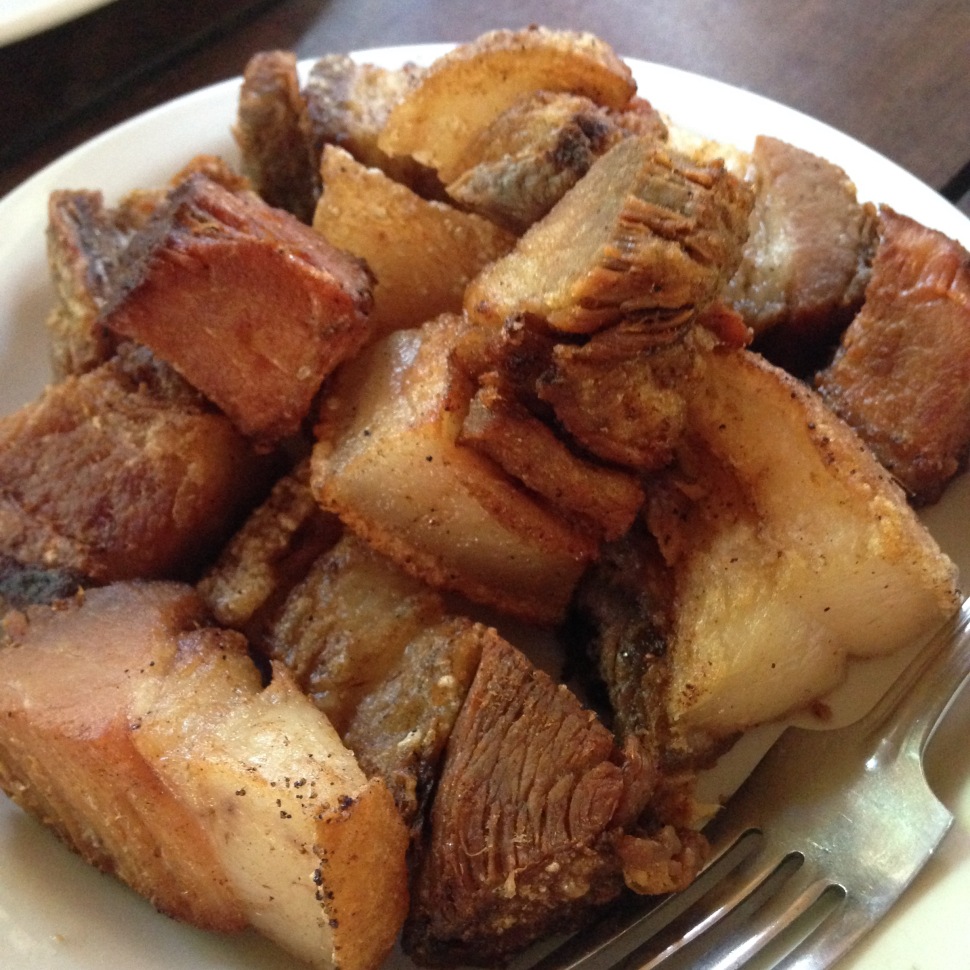 Before leaving town, don’t forget to check out McDonald’s all decked out in the colonial design. 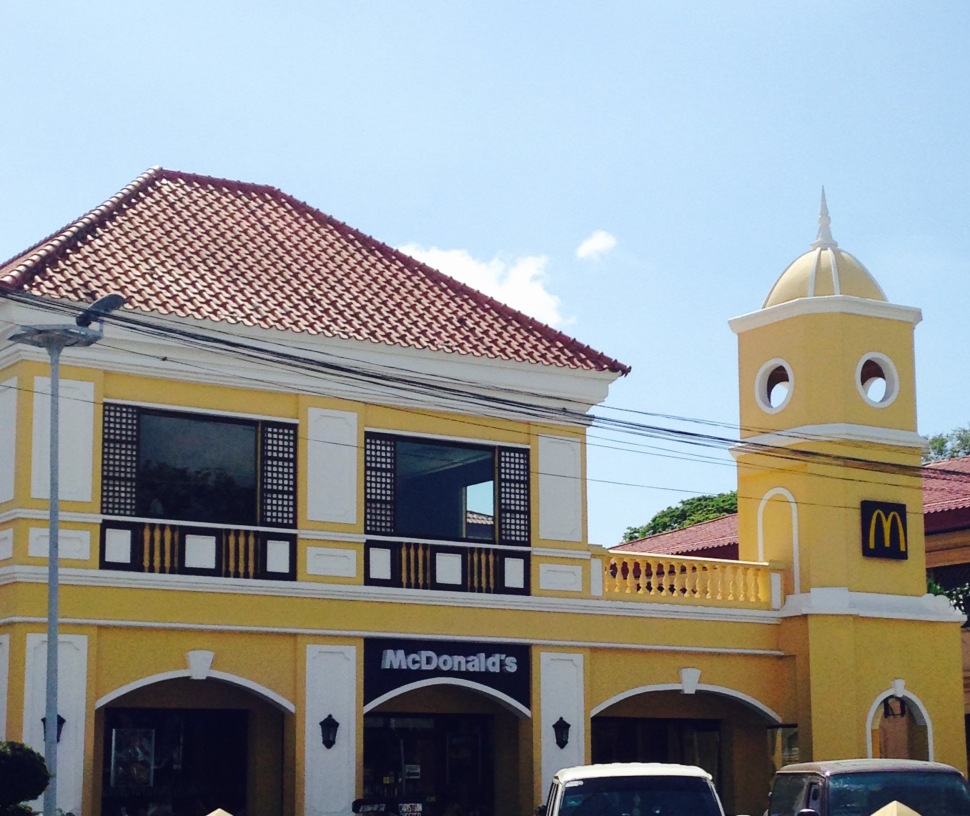 That’s it for Vigan. Keep posted for more Ilocos travel tips. Up next – Laoag and Pagudpud!