A continuation of the the Ilocos Guide series, this post is all about Laoag, the capital of Ilocos Norte and the seat of the Marcos’ clan. Despite being a sleepy city, the surrounding sights are pretty jaw-dropping. For tips on how to get here, read Part 1 of Loco in Ilocos here: Going Vigan.

Renzo Inn was comfy and right in the middle of Laoag although there’s not much to see ‘cos the city is not that developed. The bad thing was the hotel had no elevator and we were at the topmost floor. Everything else was great. There was a care package everyday with toiletries and fruits and snack items. The best thing about this hotel was the breakfast. The hotel cafe was like a canteen with lots of walk-in but the food was amazing – the best of Ilocano home cooking.

The tour package came with our very own van and an itinerary of all the must-see places all over Ilocos. Check out the list below for some of the sights that you must-not miss in Laoag.

Visit the Marcos Museum to check out out former President Ferdinand Marcos’ memorabilia and his current resting place. Warning: You may want to keep your opinions to yourself because all people working at the site (and most of the citizens in Ilocos) are Marcos loyalists. 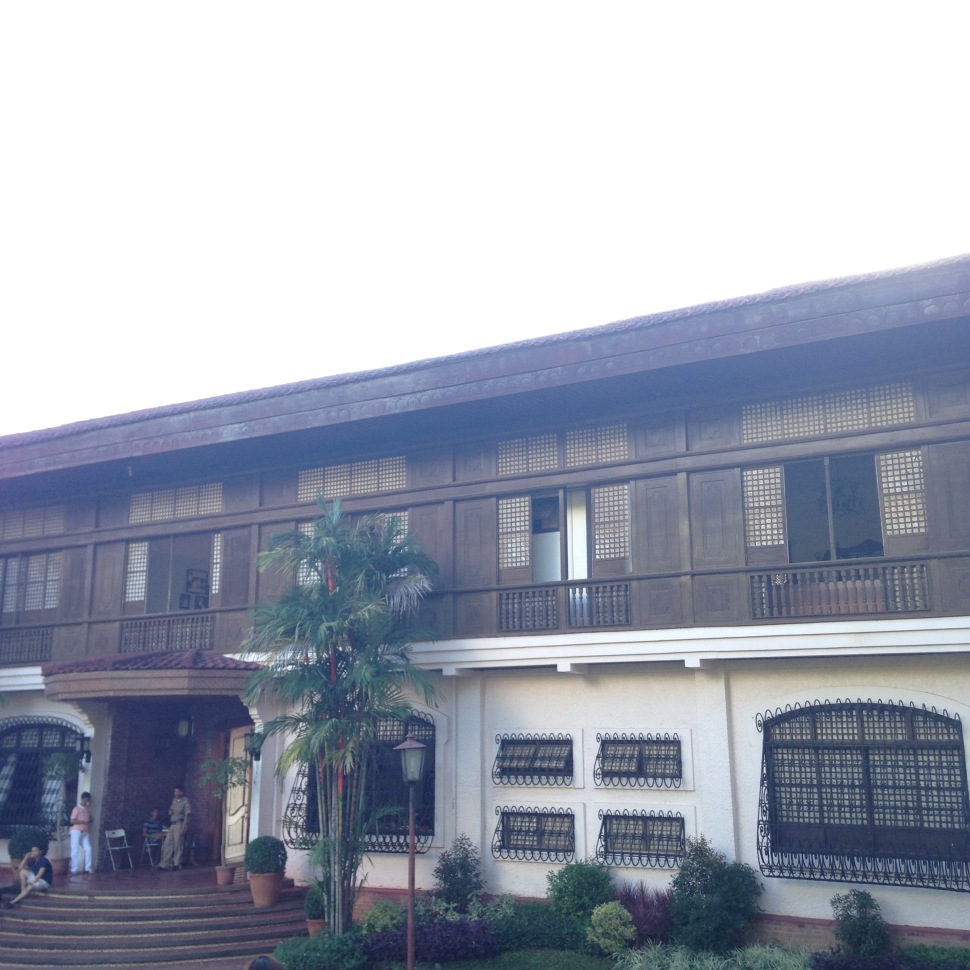 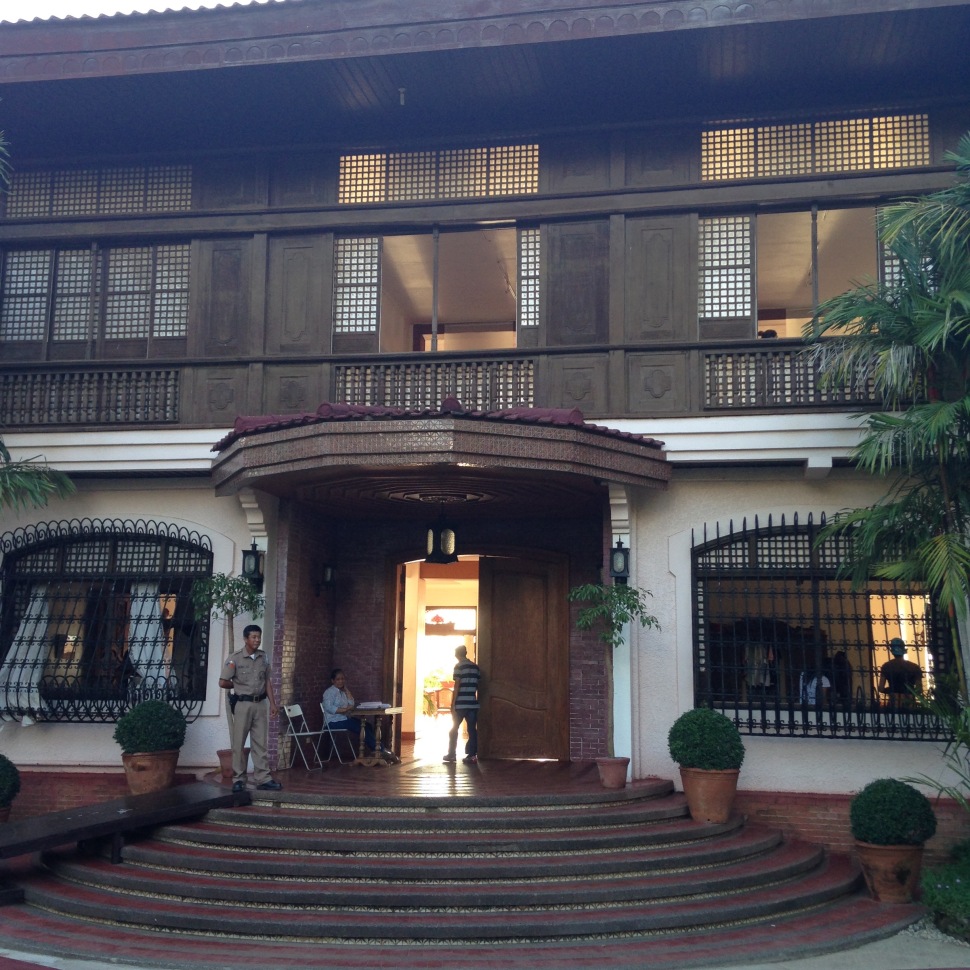 Drop by the Malacañang of the North, the opulent former estate where the Marcos family stayed whenever they were in Ilocos. It also became an extension of the Presidential Office and hosted several local and foreign dignitaries. I made myself at home at the Marcos Mansion, in fact my boudoir pose on the veranda was pretty good if I do say so myself.

Take pictures of Paoay Lake, the largest lake in the province of Ilocos Norte. If you don’t have a guide, this body of water has a very interesting history, the Philippines’ own tale of Sodom and Gomorrah. Legend has it that the lake was once a large town  of very materialistic people. Angered by the citizens, God sank the town and thus the huge body of water was found. Until today, there are stories of how fishermen would catch fish with jewellery in their bellies. The catch (pun intended) is that if you kept the treasure for yourself, you’d be cursed.

Bask in the greatness of Iglesia de San Augustin de Paoay or simply known as Paoay Church. This  building is a UNESCO World Heritage Site and a National Cultural Treasure. It’s made from large coral stones put together with eggs and molasses, like a giant Leche Flan church. The 3-storey belltower beside the church served as an observational post and meeting place for Katipuneros during the Philippine Revolution against Spain. I lit a candle for each member of the family and managed to photo bomb my friend. 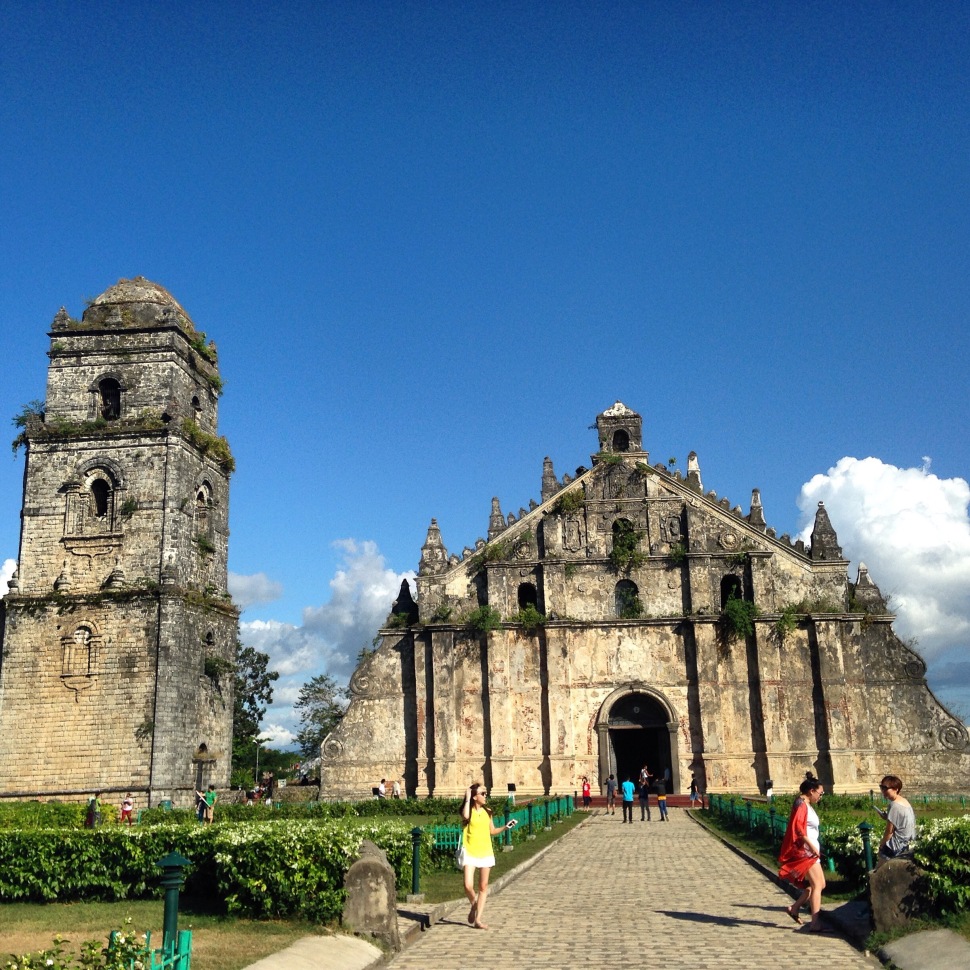 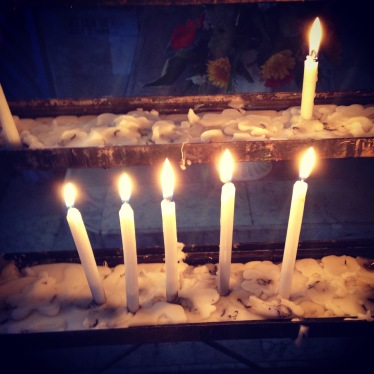 Since it was a super hot day, we ordered some halo-halo at a snack stall behind the church. Perfect for the heat! 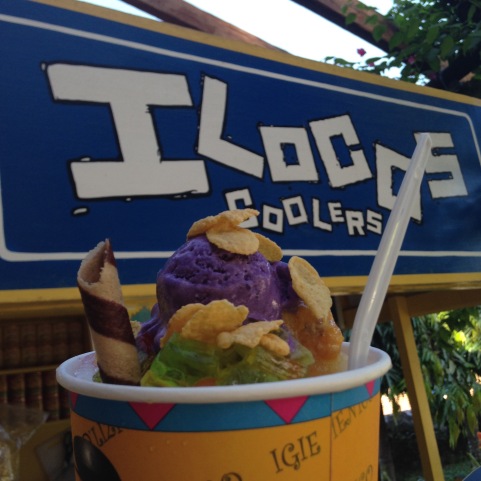 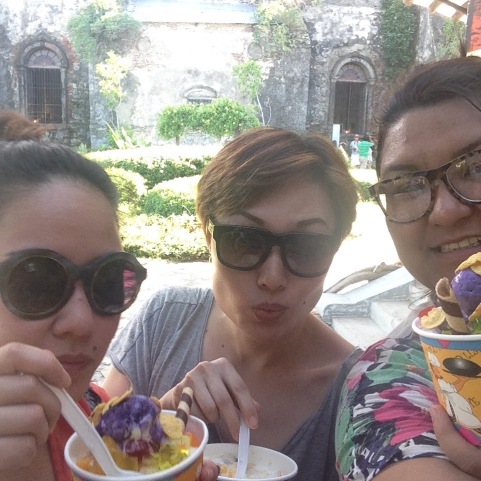 Don’t miss out on a wild crazy adventure in the Paoay Sand Dunes. The view alone is awe-inspiring because it’s hard to imagine that there’s this huge desert in the Philippines. The best part is that you get to ride on the back of an open 4×4 jeep and scream your lungs out while the driver climbs and dives around the Sand Dunes like an unsafe roller coaster. 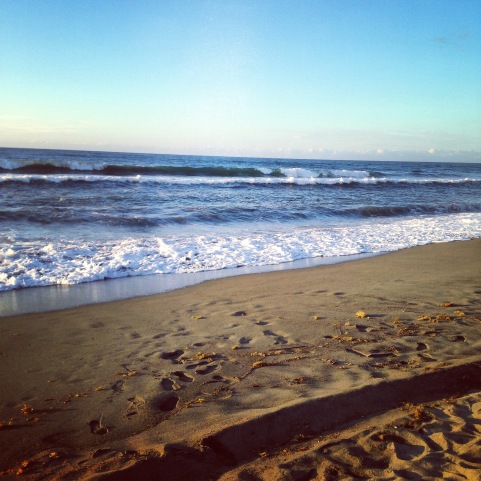 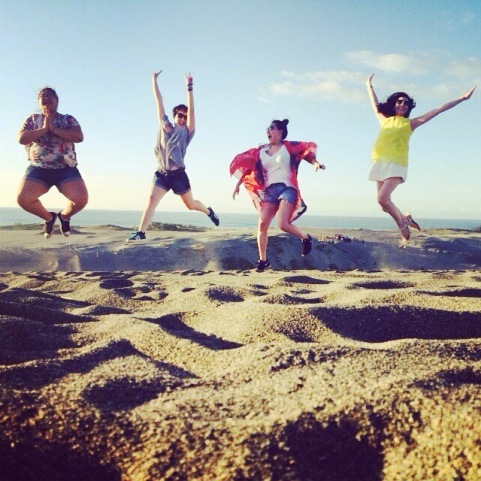 Try out sand boarding because it’s a once-in-a-lifetime experience. You could end up on your ass or do a spectacular nosedive like me. I ended up face first, ass out with sand in my mouth. Paoay Sand Dunes are the closest to Dubai that you’ll get. Well, unless you go to Dubai. 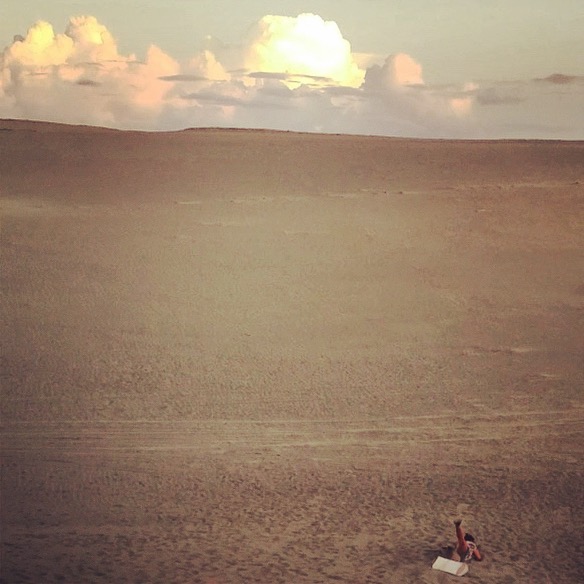 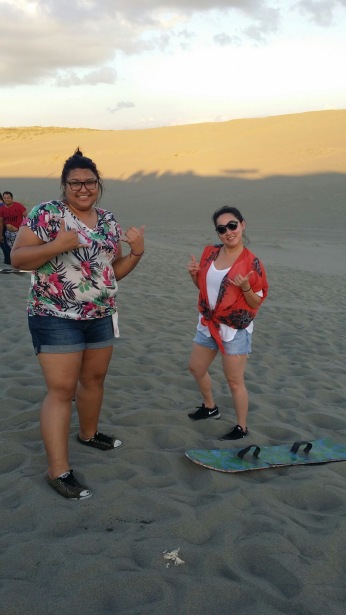 Drive to the tip of the coast and take in the waves of the West Philippine Sea and cap off the day with the spectacular sunset. 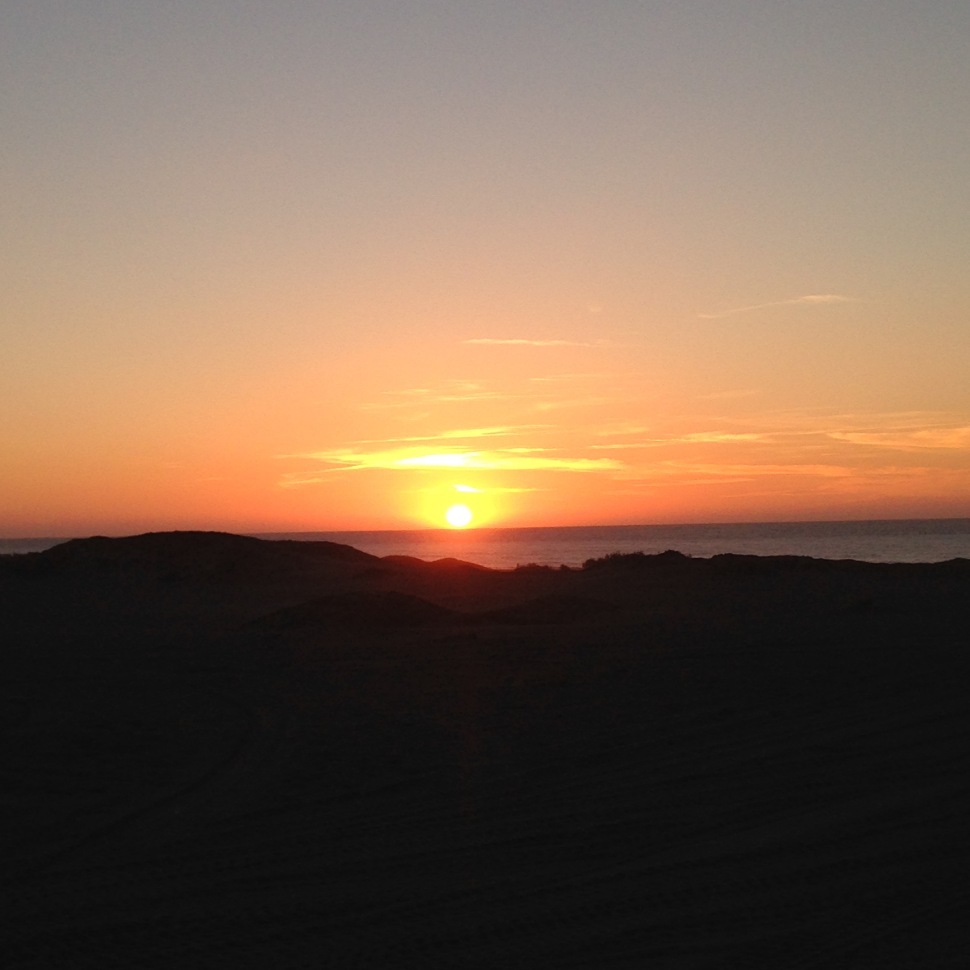 Well Laoag, that was one of the books. Check out the next post about Pagudpud. 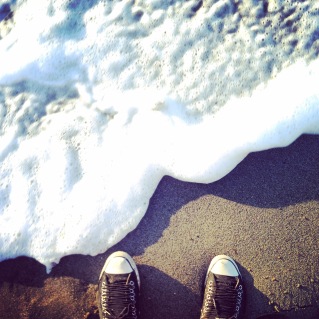